Why Bali is a Mecca for Healing

Why Bali is a Mecca for Healing

Anyone who has visited Bali knows that this little island holds something special far beyond the smiling locals, the beautiful culture and the spectacular nature. Bali is Indonesia’s spiritual center. The population is nearly 90 percent Hindu and religion is deeply rooted at the heart of daily life. Bali is one of the world’s most vivid centers for spirituality and self-discovery, and in turn, it tends to draw certain people interested in healing, yoga, meditation, consciousness and transformation.

But what is it about Bali that drives this powerful energy?

You may have heard of the word Chakras before. In the human body there are 7 main chakras. These chakras are essentially energy centers that keep us well and balanced on the physical, mental and emotional plane. The 7 chakras run along the spine right up to the crown of the head and are in charge of specific functions in our physical and auric bodies.

Just like we have our own energy centers or chakras, Mother Earth also has her own. 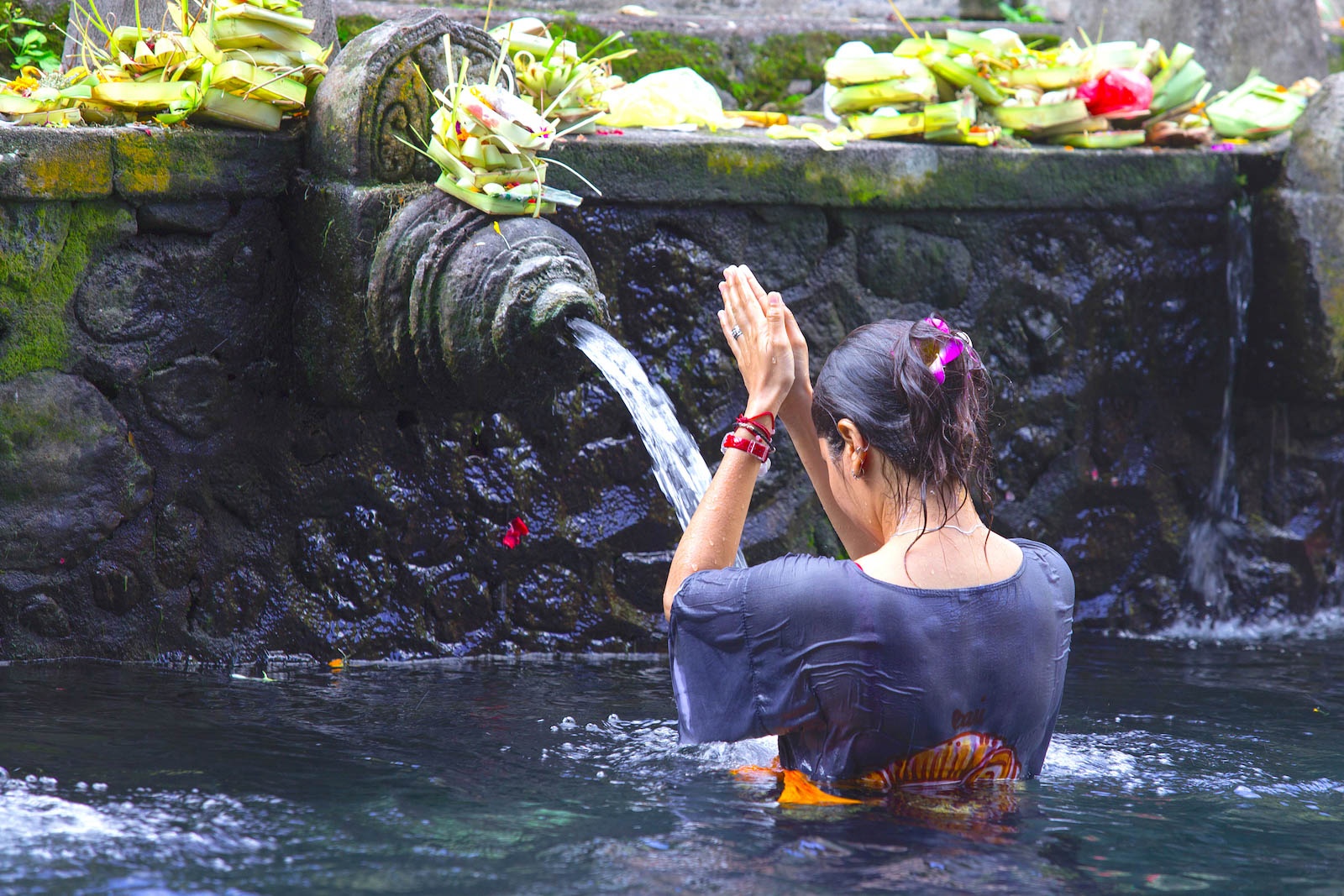 These intersecting points along the Ley Lines are home to some of the most sacred temples and monuments in the world: the Egyptian Pyramids, Machu Picchu, Stonehenge and Angkor Wat. Most ancient cultures around the world have some understanding of Ley Lines. In China they are known as Dragon Lines. In South America the Shaman’s referred to them as Spirit Lines, in Australia the ancient Aboriginals called them Dream Lines and in the West they are referred to as Ley Lines.

If you think of these Ley Lines as Mother Earth’s energy currents, you will begin to see how it is possible that the Earth also has energy centers or chakras like humans do. The Chakras of Earth are Mount Shasta, California (Root Chakra), Lake Titicaca, Peru (Sacral Chakra), Uluru, Australia (Solar Plexus Chakra), Stonehenge, England (Heart Chakra), The Great Pyramid, Jerusalem (Throat Chakra), and the Himalayan Mountains, Tibet (Crown Chakra.) The Third Eye chakra is the only one that moves, this is due to the movement of Earth’s axis.

While these 7 chakras have a very high energy, there are also other high points of energy around the world where the Ley Lines travel through. These include the Bermuda Triangle, Mount Fuji, Japan, Maui, Hawaii, Sedona, Arizona, Lake Taupo, New Zealand and Bali, Indonesia.

As you can see, chakra points and the places where the Ley Lines cross are usually located where volcanoes or Earth active areas reside. This is due to their rich crystal deposits, electromagnetic volcanic material and increased ormus.

Everyone experiences these energetic places differently and some people can be more sensitive than others. These locations tend to magnify the energy or beliefs that are out of alignment with your natural self so that you can face them and become more aligned with your true self. This integration can be challenging and confronting, but also euphoric and enlightening.

Along with the Chakras, vortexes also exist around the Earth. These vortexes are similar to the chakra points in that are places of high energy and transformation. They are also intense points that can amplify any emotions you may be experiencing. They connect with the chakra points, working together to form Earth’s energetic grid.

The Island of Bali is an energy vortex that is also the location of the Earth’s Kundalini energy, formed by its two large Ley Lines which intersect and have great power and energy. This center is thought to purify the blood of the Earth, and therefore in the cleansing and rejuvenation of our own soul and body as well. Bali is essentially the “World Purification Center”- the location where the energy of the planet gets cleaned.

With all of this in mind, it is no wonder that Bali is known as a place of transformation, a place of purification, and a place that can elevate your frequency. For centuries it has been known among the local people for carrying funneled energy, eliciting awakening and change. For people visiting, it is hard to ignore the power, even if you don’t necessarily believe in these types of things. Bali captures you and takes you through a process of releasing the old and ushering in the new. It is also a place that amplifies all your emotions and experiences. It confronts your deepest truths. The journey is cleansing and purifying in nature and guides you back to the energy of your heart and spirit.

You may come on retreat or visit Bali seeking a spiritual or transformative experience. In this case, you may wish to visit some of these sacred sites, or experience a Balinese ceremony or Balinese healing session. Even if you don’t come with any intention of diving into the spiritual elements of Bali, chances are, you will still feel the beautiful energy and power of the island in one way or another. You may leave Bali feeling like an entirely new person! Or you may experience changes later on after you return home. As human beings, we are designed to constantly evolve. When we avoid transition out of fear or discomfort, we stagnate and can tend to feel out of balance or out of alignment. Welcoming and embracing change is amazingly liberating and allows us to keep stepping into the next version of ourselves.

If you are ready to begin your meditation and healing experience in Bali, one of the world’s best spot for self-discovery and spirituality, join us this year for a Bali retreat! With no set dates and 7-day retreats starting from only $1,745 USD for an Ayurveda and Spa Healing Retreat, there is no reason not to treat yourself to a life-enhancing escape in paradise. Contact us today for more information.